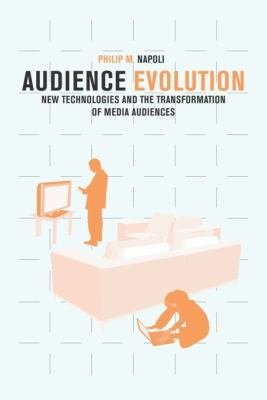 "Philip M. Napoli offers a rich and original synthesis of the many factors that help construct the audience, as well as the social, economic, and legal consequences of that process, and he has a real talent for creating a cohesive, interesting, and important story. Anyone with a serious interest in the operation of the media industries or popular culture should read this book." James G. Webster, Northwestern University, author of Ratings Analysis: The Theory and Practice of Audience Research Today's consumers have unprecedented choice in terms of the technologies and platforms that access, produce, and distribute media content. The development and overlap of television, the internet, and other media technologies is fragmenting and empowering media audiences more than ever. Building on his award-winning book, Audience Economics, Philip M. Napoli maps the landscape of our current media environment and describes its challenge to traditional conceptions of the audience. He examines the redefinition of the industry-audience relationship by technologies that have moved the audience marketplace beyond traditional metrics. Media providers, advertisers, and audience measurement firms now deploy more sophisticated tools to gather and analyze audience information, focusing on factors rarely considered before, such as appreciation, recall, and engagement. Napoli explores the interplay between political and economic interests in the audience marketplace and its effect on audience evolution. He recounts the battles waged between stakeholders over the assessment of media audiences and efforts to restrict the functionality of new technologies. As Napoli makes clear, the very meaning of the media audience continues to evolve in response to changing technological, economic, and political conditions. "Philip M. Napoli introduces the reader to the technologies that are changing the audience marketplace, new media services that have and are being built with those technologies, and the possibilities for measuring aspects of audience members' responses to media products and the advertisements they make possible. he describes new tools for audience measurement, along with the controversies over their use, and the battles among industry interests over which new audience measurement tools should be accepted. I think the time is right for just this type of analysis. A well-researched text, and the scholarship is first rate and insightful." Steve Wildman, Michigan State University

Authors: Philip M. Napoli
Categories: Social Science
"Philip M. Napoli offers a rich and original synthesis of the many factors that help construct the audience, as well as the social, economic, and legal conseque

Authors: John L. Sullivan
Categories: Language Arts & Disciplines
Whether we are watching TV, surfing the Internet, listening to our iPods, or reading a novel, we all engage with media as an audience. . Despite the widespread

Audience Revolution: Dispatches from the Field

Authors: Caridad Svich
Categories: Performing Arts
A collection of thoughtful and provocative reflections on how theatre practitioners think about and engage with audiences, as well as define and explore sites f

The Handbook of Media Audiences

Authors: Virginia Nightingale
Categories: Social Science
This handbook offers a comprehensive overview of the complexity and diversity of audience studies in the advent of digital media. Details the study of audiences

Authors: Nico Carpentier
Categories: Social Science
The concept of the audience is changing. In the twenty-first century there are novel configurations of user practices and technological capabilities that are al

Authors: Frauke Zeller
Categories: Social Science
The revitalisation of audience studies is not only about new approaches and methods; it entails a crossing of disciplines and a bridging of long-established bou

The Dynamics of Mass Communication

Authors: Joseph R. Dominick
Categories: Communication
This work provides an introduction to the field of mass communication. It covers the major media, from books, magazines and newspapers to radio, TV, cable and e