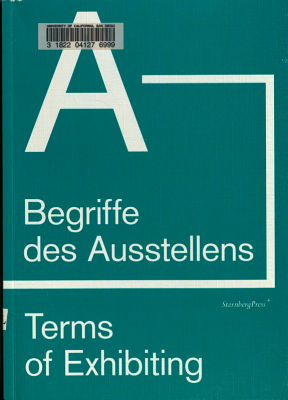 Authors: Petra Reichensperger
Categories: Art
This publication explores themes of the exhibition through its terms--not, however, to confine into isolated conceptual categories, but to interconnect. These t

A Treasury of the English & German Languages