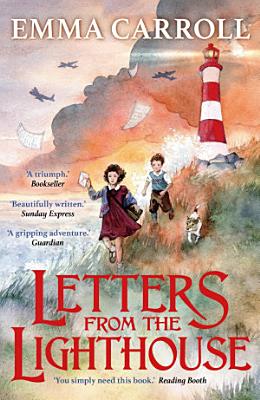 We weren't supposed to be going to the pictures that night. We weren't even meant to be outside, not in a blackout, and definitely not when German bombs had been falling on London all month like pennies from a jar. February, 1941. After months of bombing raids in London, twelve-year-old Olive Bradshaw and her little brother Cliff are evacuated to the Devon coast. The only person with two spare beds is Mr Ephraim, the local lighthouse keeper. But he's not used to company and he certainly doesn't want any evacuees. Desperate to be helpful, Olive becomes his post-girl, carrying secret messages (as she likes to think of the letters) to the villagers. But Olive has a secret of her own. Her older sister Sukie went missing in an air raid, and she's desperate to discover what happened to her. And when a sneaky peek at a letter reveals a clue, she knows she'll have to break all the rules to find her.

Letters from the Lighthouse

Authors: Emma Carroll
Categories: Juvenile Fiction
We weren't supposed to be going to the pictures that night. We weren't even meant to be outside, not in a blackout, and definitely not when German bombs had bee

Authors: Adam Bushnell
Categories: Education
How do teachers identify the potential for greater depth writing and encourage children to meet their full potential? This book was created by people who are no

Guide to the Records in the National Archives

Inventory of Federal Archives in the States: The Department of Commerce

The Territorial Papers of the United States