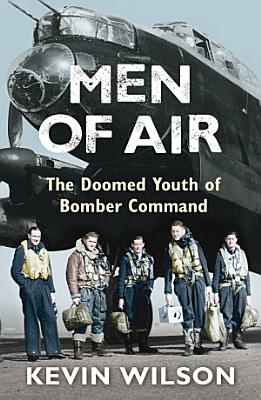 The story of the everyday heroism of British bomber crews in 1944 - the turning point year in Bomber Command's war against Germany. There were many ways for a combat crew to die during Bomber Command's war of 1944. Over German territory, bursts of heavy flak could tear the wings from their planes in a split second. Flaming bullets from German fighter planes could explode their fuel tanks, cut their oxygen supplies, destroy their engines. In the spring of that year, thousands of young men were shot, blown up, or thrown from their planes five miles above the earth; and even those who returned faced the subtler dangers of ice and fog as they tried to land their battered aircraft back home. The winter of 1944 was the most dangerous time to be a combat airman in RAF Bomber Command. The chances of surviving a tour were as low as one in five, and morale had finally hit rock bottom. In this comprehensive history of the air war that year, Kevin Wilson describes the most dangerous period of the Battle of Berlin, and the unparalleled losses over Magdeburg, Leipzig and Nuremberg. He tells how ordinary men coped with constant pressure of flying, the loss of their colleagues, and the threat of death or capture. And, by telling the story of the famous events of this period - the Great Escape, D-Day, the defeat of the V1 menace - he shows how, through sheer grit and determination, the 'Men of Air' finally turned the tide against the Germans.

Authors: Kevin Wilson
Categories: History
The story of the everyday heroism of British bomber crews in 1944 - the turning point year in Bomber Command's war against Germany. There were many ways for a c

Annual Report of the Department of Mines, New South Wales, for the Year

Authors: David Gomadza
Categories: Fiction
This is book 2 of the Evelina series. Things get even hot. Raised stakes and a matter of life or death. Mankind’s existence rest on the shoulders of one woman