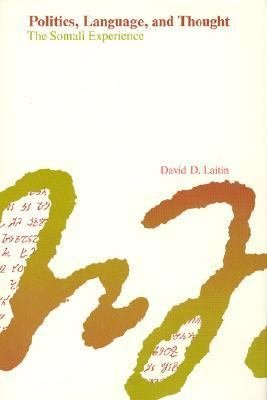 When the Somali Republic received independence, its parliamentary government decided to adopt three official languages: English, Italian, and Arabic—all languages of foreign contact. Since the vast majority of the nation's citizens spoke a single language, Somali, which then had no written form, this decision made governing exceedingly difficult. Selecting any one language was equally problematic, however, because those who spoke the official language would automatically become the privileged class. Twelve years after independence, a military government was able to settle the acrimonious controversy by announcing that Somali would be the official language and Latin the basic script. It was hoped that this choice would foster political equality and strengthen the national culture. Politics, Language, and Thought is an exploration of how language and politics interrelate in the Somali Republic. Using both historical and experimental evidence, David D. Laitin demonstrates that the choice of an official language may significantly affect the course of a country's political development. Part I of Laitin's study is an attempt to explain why the parliamentary government was incapable of reaching agreement on a national script and to assess the social and political consequences of the years of nondecision. Laitin shows how the imposition of nonindigenous languages produced inequalities which eroded the country's natural social basis of democracy. Part 2 attempts to relate language to political thought and political culture. Analyzing interviews and role-playing sessions among Somali bilingual students, Laitin demonstrates that the impact of certain political concepts is quite different when expressed in different languages. He concludes that the implications of choosing a language are far more complex than previously thought, because to change the language of a people is to change the ways they think and act politically.

Authors: Anja Kellermann
Categories: English language
Gibraltar is a mere 2.5 square miles of British rock at the southern tip of the Iberian peninsula. Yet this microcosm is home to 20,000 Gibraltarians. In the wa

Authors: Sue Wright
Categories: Language Arts & Disciplines
The thirteen essays in this volume are dedicated to Professor Dennis Ager on his retirement. Their range is eloquent testimony to the catholicity and openness o

The Politics of Ideas

The Politics of Language in the Spanish-Speaking World

Authors: Clare Mar-Molinero
Categories: History
Spanish is now the third most widely spoken language in the world after English and Chinese. This book traces how and why Spanish has arrived at this position,

Authors: Dilip Chavan
Categories: Language Arts & Disciplines
This book attempts to capture the reconfiguration of the pre-modern power structure within colonialism, in the specific context of education and linguistic poli